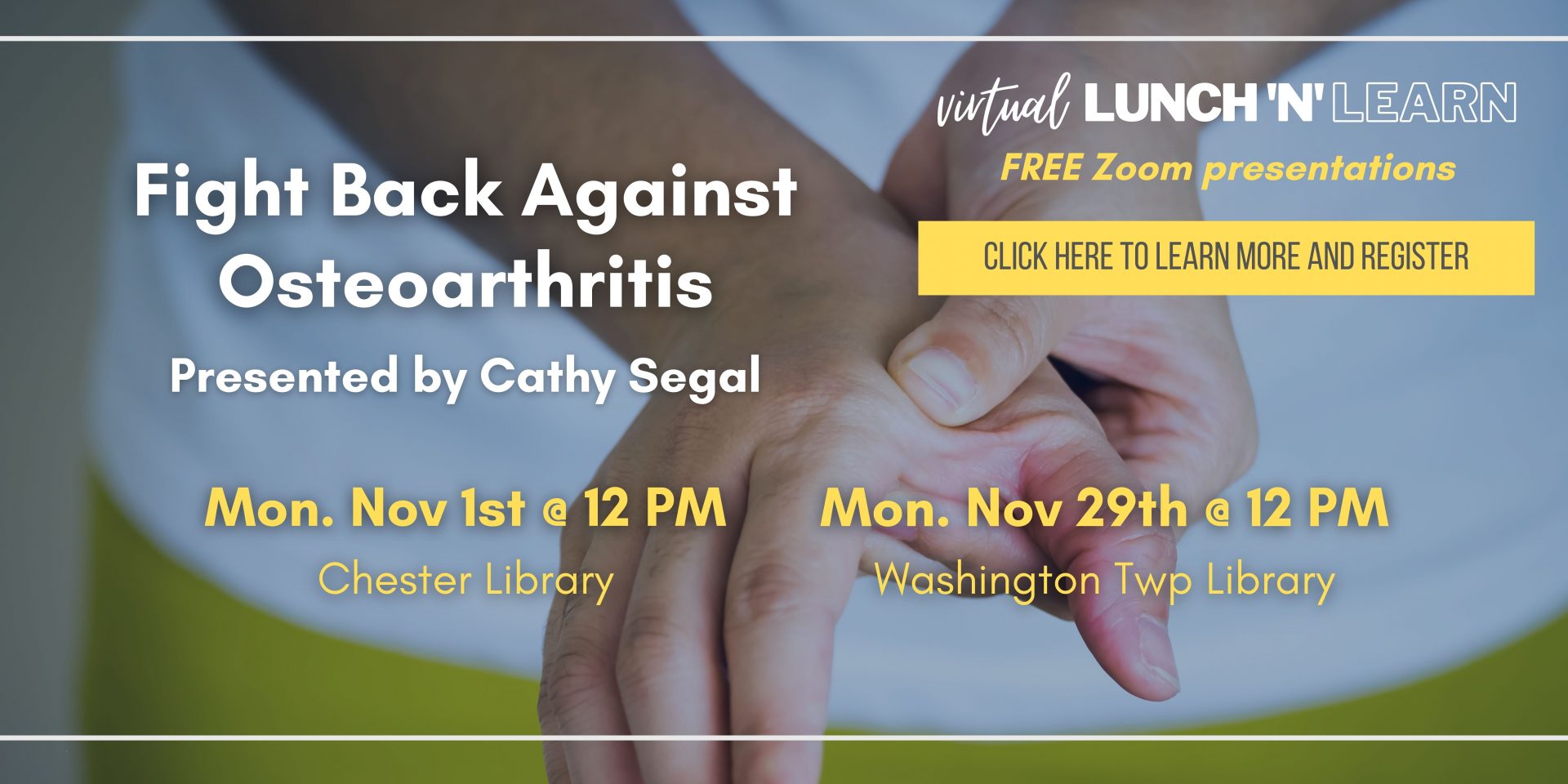 A very warm hello to all SRC participants and friends.  Hope this finds you all doing well and staying healthy and positive.  Today, as we resume our focus on Instruments of the Keyboard family, let’s turn our attention to the Dulcitone.  The Dulcitone is very similar to the Celesta, which we looked at during Week 8.  Both instruments can be classified as “Struck Idiophone Instruments”- meaning that it is a musical instrument that creates sound primarily by the vibration of the instrument itself- in this case being made to vibrate by being struck. (Compared to other Idiophone Instruments which could be plucked, shaken or use friction to create sound)The Dulcitone was created in Glasgow, Scotland in the 1860s (compared to the Celesta in 1886) by a man named Thomas Machell.  A good description/definition of a Dulcitone could be: “a keyboard instrument in which sound is produced by a range of tuning forks, which vibrate when struck by felt-covered hammers activated by the keyboard”.  (https://en.wikipedia.org/wiki/Dulcitone).  The Dulcitone, while looking very similar to an upright piano or the Celesta, is noted for being lightweight and portable.  Unlike the strings of a piano, the Dulcitone was fairly resistant to going out of tune due to the tuning fork mechanism.  However the Dulcitone was very limited by its low volume, being too quiet to be heard over a full orchestra- any Dulcitone parts often being substituted for a glockenspiel.  Let’s take a listen to some videos about the Dulcitone!  For a bit more education, let’s take a listen to this man as he speaks more on the actual mechanism of the Dulcitone Instrument:  https://youtu.be/39-5qIl5hKU.   For some Dulcitone performances, check out these two videos : https://youtu.be/o2VfIhNb_DU.  And for a bit of a longer listening video, this video:    https://youtu.be/28nMONwXX1w.

Hello to all Piano Class Students and SRC friends!  I hope this finds you all well! This week, I thought we’d take a slight pause on our survey of instruments in the Keyboard Family to introduce a new little side study that we may bring back on occasion of weird, wacky and bizarre instruments!  Instruments that you more than likely have never heard of but may find utterly fascinating or at the very least will make great anecdotal trivia for your next FaceTime or Zoom conversation with friends and family! The first oddball instrument we will look at is actually an instrument you play by NOT touching it! (seriously!)It is also an instrument that is notoriously extremely difficult to master and just barely 100 years old!  Welcome to the weird and delightfully strange world of the Theremin!  Believe it or not, my first introduction to this instrument was not during my college years, but strangely enough through sitcom TV a few years back.  Actually–exactly this clip— https://youtu.be/_YYABE0R3uA.   The Theremin is one of the pioneer electronic instruments (often credited with being THE first electronic instrument–but not quite) and was invented by a young Russian physicist named Leon Theremin in 1920 and patented in 1928.  A typical Theremin consists of a box with 2 metal antennas which create an electromagnetic field.  The player stands in front of the instrument and moves their hands in the proximity of the 2 antenna, which forms a capacitor between their hands and the antennas.  The upright vertical antenna controls the pitch and when the hand approaches the antenna, the pitch gets higher.  Move the right hand away from the antenna and the pitch gets lower.  The left loop antenna controls the volume and thus the left hand controls dynamics (how loud or self) and articulation.  The sound of the Theremin is most often associated with eerie situations.  It’s  “other worldly” sound was used especially in the spooky movies of the 1950s–one notable film being “The Day the Earth Stood Still”.  For more information see:  https://en.wikipedia.org/wiki/Theremin  &.

And you thought learning to play the piano was difficult!  Haha, anyone want to try to give this one a shot!  Wow. But now for the main video I’d like you to check out that features a full demonstration and exploration of the Theremin with a Theremin master (Carolina Eyck) and the same man from our Carillon video a few weeks back.  So fascinating:  https://youtu.be/LYSGTkNtazo

So fun and bizarre, right?  Enjoy learning about the Theremin (what a great conversation starter you now have- “an instrument you play without touching it”) and while next week we will resume our survey of Keyboard Instruments, we may on occasion keep looking at some of the most bizarre instruments out there.

Bonus Video:  As always, here is another Hank Shapiro virtual gig- this one from the 4th of July:  https://youtu.be/7lqp_QlkMpw

Greetings SRC friends!  Hope this finds you all doing well.  This week, as we continue our study on instruments in the Keyboard family, let’s turn our attention to the accordion.The accordion is yet another Keyboard Instrument that can be classified as an “Aerophone Instrument”- and even more specifically, a “Free Reed Aerophone”- a musical instrument that produces sound as air flows past a vibrating reed in a frame and air pressure being generated by breath or by bellows.  ( https://en.wikipedia.org/wiki/Free_reed_aerophone ). Accordions are roughly believed to have been invented in Berlin, Germany around the year 1822.  Accordions get their name from the 19th Century German word “Akkord”- a musical chord, a ‘concert of sounds’.  Accordions can be described as “a boxed shaped musical instrument of the bellows driven free reed Aerophone type, often colloquially described as a “squeeze box”.  This instrument is played by expanding or compressing the bellows while pressing keys or buttons.  The player would normally play the melody of a song on the buttons or keys of the right hand manual with the accompaniment bass or pre-set chord buttons or keys on the left hand manual.  The accordion is a popular “people’s instrument” in traditional and folk music around the world- some notable countries being Australia, Brazil, Colombia and Mexico.  In Europe and North America the accordion is prominent in the traditional music of Cajun and Zydeco music- as well as traditional folk music and some jazz stylings.  In Pop Culture of the United States, the accordion is most frequently associated with The Lawrence Welk Show as well as played by the popular parody singer “Weird Al” Yankovic.  For more information, see https://en.wikipedia.org/wiki/Accordion.

A very warm hello to you all!  Hope everyone is safe, happy and healthy.  This week let’s continue our study of instruments in the Keyboard family- this time we turn our attention to a very old, very rare instrument- the Regal.  A regal is a small, late-medieval portable organ furnished with beating reeds and having two bellows.  While this interesting little portable instrument enjoyed the height of its popularity during the Renaissance, because of the ravages of time and wars, very few antique regals have survived!  Historians have documented larger versions of this table top instrument being played at court banquets and sometimes in place of an organ in smaller to mid sized churches of the day.  A smaller version came to be termed a Bible Regal, because it could be separated into smaller sections and folded like a book – though these smaller Bible Regals were not exactly known for their good sound quality!  The Regal may be considered the ‘ancestor’ of the harmonium, concertina and accordion, all other instruments we may eventually highlight!  Let’s see this little portable instrument for ourselves.  Here is a very short video simply demonstrating how a regal is played:  https://youtu.be/oh9ytm9zwwY.   For a longer look at the playing of a regal, I was able to find this longer video of the playing of a regal in what was obviously more of a presentation/performance setting:  https://youtu.be/M87JII5UN8U.   I hope you enjoyed your little trip to the Renaissance time period and this fascinating little portable instrument.

***BONUS VIDEO:  And now for your weekly Henry Shapiro virtual gig- this one from June 20th:  https://youtu.be/gZ8_RFyMVlU

Join us virtually on Monday, January 25th @ 12pm for our January Lunch 'n' Learn, co-hosted by the Washington Township Library! Address the questions all of us are asking – what are the side effects, who is getting it and when will I be eligible to get the shot, what...

Quick & Easy way to donate online to the SRC

Please support us by shopping at smile.amazon.com to increase donations for the Senior Resource Center.  Start your shopping here.

Call or email us about our virtual program offerings!

SAVE THE DATE: Festival of Trees – “A Holly Jolly Christmas” – December 2021

The Senior Resource Center (SRC) is always searching for community members interested in assisting with the daily operations of our great program.  Contact us here.